David Rubenstein Forum, The Harris School of Public Policy, The Keller Center, and Mindworks: The Science of Thinking were all recipients of the Lerch Bates People’s Choice Award presented by AIA Chicago. As finalists’ these designs were chosen by Chicago Architecture Center’s Docents in a round one jury review from over 125 projects submitted during AIA Chicago’s Design Excellence Awards. Voting was then open to the public. Winners were announced on September 12, at AIA Chicago’s first free and public architecture celebration held at the Pritzker Pavilion.

Designed by New York architects Diller Scofido + Renfro, The David Rubenstein Forum, a two-story base, and a ten-story tower completed construction in 2020, earned the Honor Award for Architecture Medium as well as the People’s Choice Award for Education. 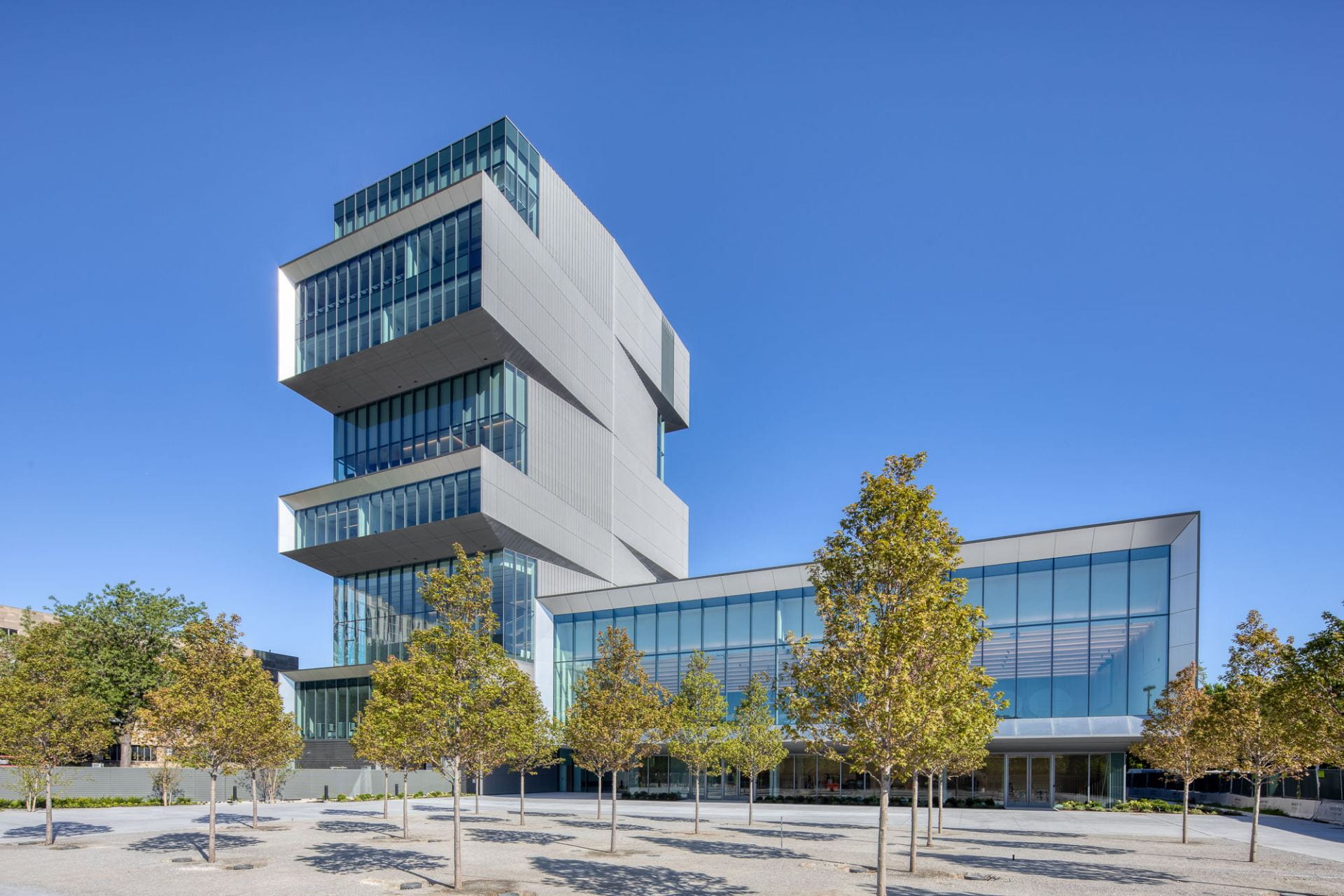 Brininstool + Lynch designer of BARDAVID located inside the Forum on the main level also achieved the Honor Award for Interior Architecture Small. 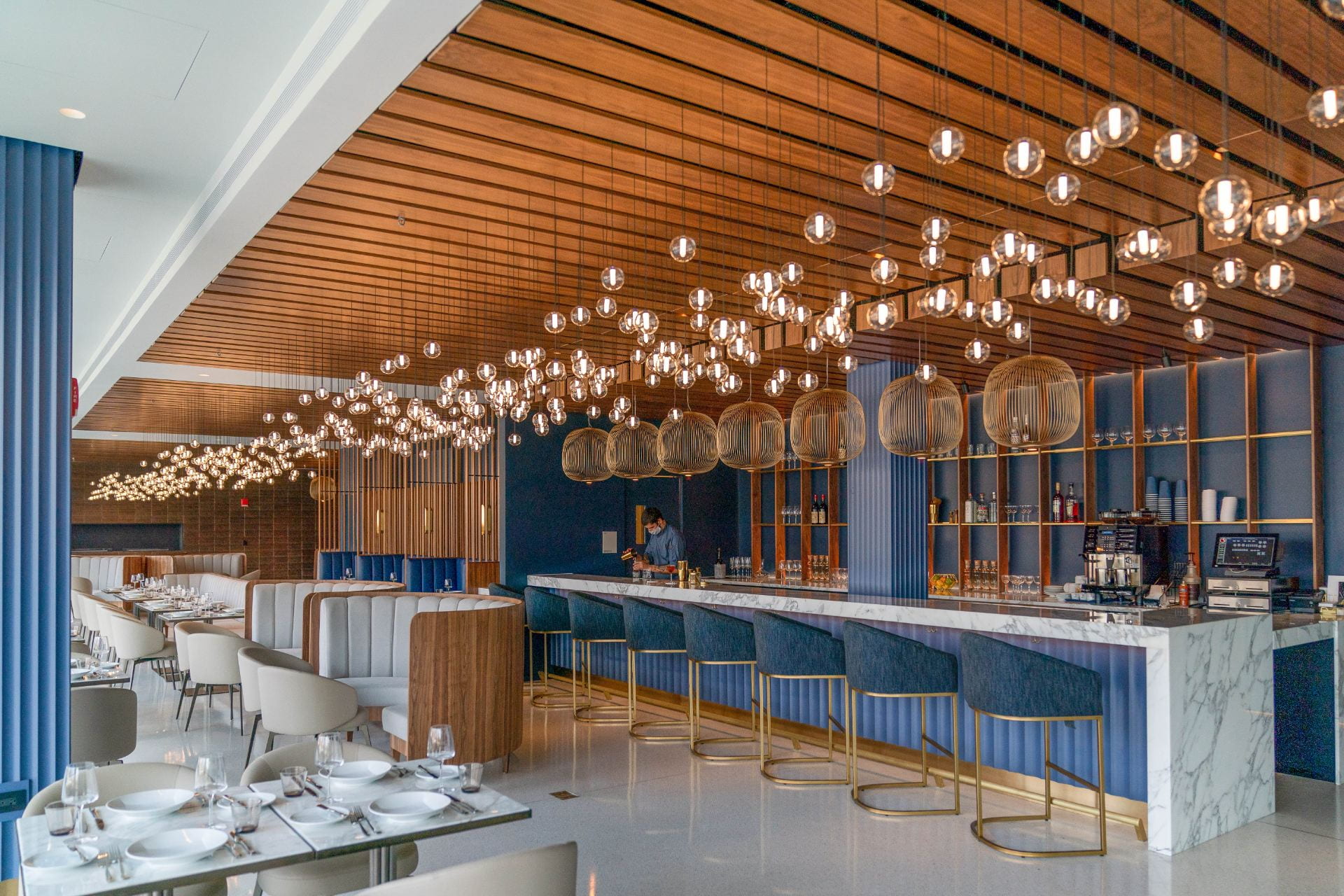 Executive Director, Capital Project Delivery, Kerry Galbraith revels in the successful completion of the David Rubenstein Forum. He stated “Not only does it meet the need for an on-campus meeting and conference space, but it also provides a focal point for Campus South and the greater UChicago community. With meticulously landscaped gardens along the way, culinary delights by BarDavid, an elevated bar, and wine café, and spectacular views from the ten-story tower, "the Rubenstein Forum has become a preferred destination of choice.”

In addition to a People’s Choice Award, Keller Center, a Farr Associates, Architecture and Urban Design, Woodhouse Tinucci Architects collaboration also earned the inaugural Decarbonization Award. The University has a goal to reduce absolute greenhouse gas emissions by 50% by 2030, and this adaptive renovation aligns with that goal. On this goal, University of Chicago President Paul Alivisatos recognized climate control as a great challenge of our times and stated, “The University of Chicago is committed to making a positive impact on this problem.” Keller Center’s embodied carbon was cut in half due to both the required reinforcement of structural alterations utilizing steel over concrete, as well as the preservation of the facade and its concrete. All new components were vetted for their chemical makeup to assure the most natural materials would be harmonized with the existing building to create the healthiest environment possible. 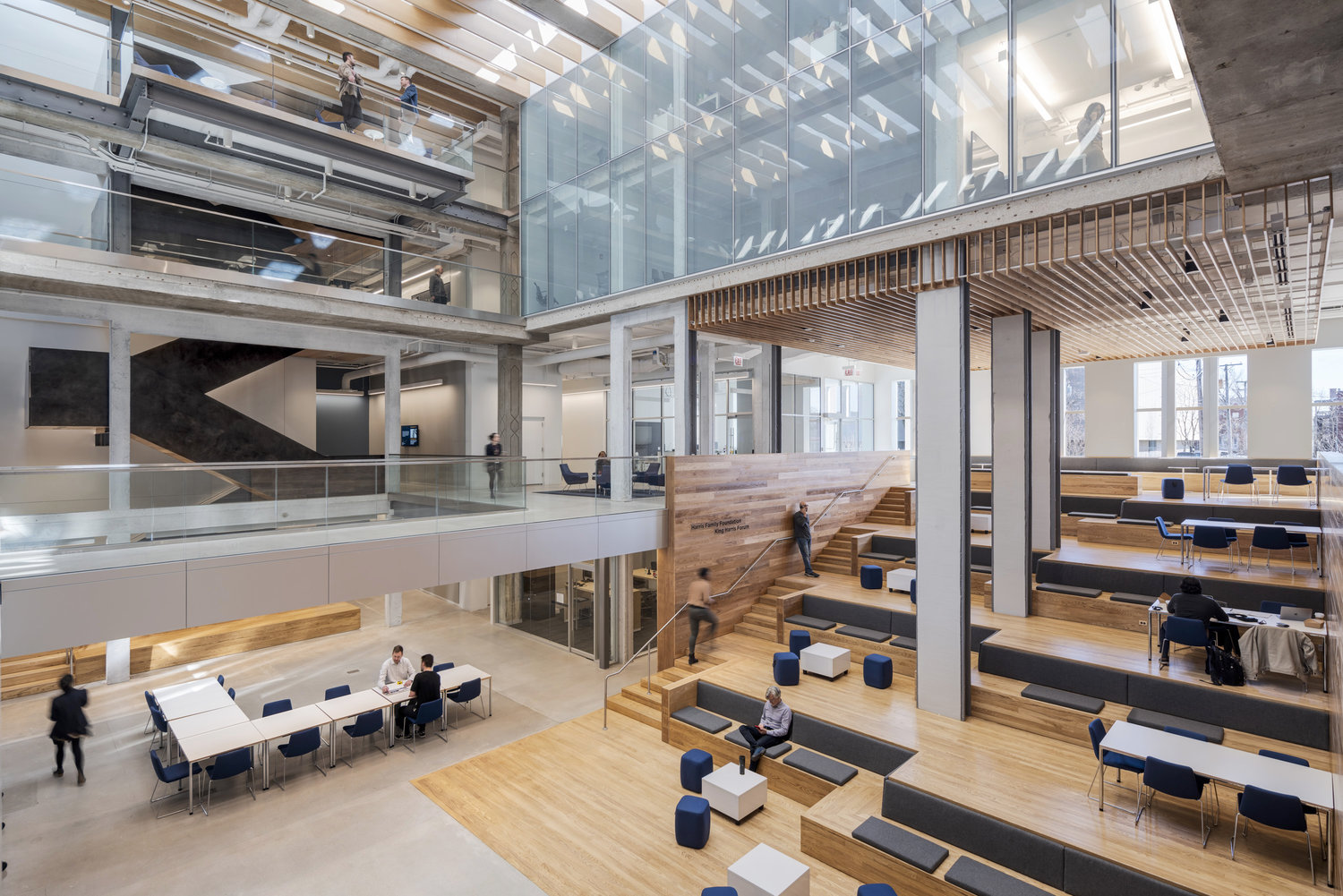 Senior Project Manager, Capital Project Delivery (CPD) for Facilities Services (FS), Angela Knoble oversaw the project. Knoble exclaimed, “It’s an honor to have played a part in achieving this award. It’s not only a win for UChicago, but also for the environment. All the hard work that the project team put into incorporating sustainable features and into achieving clean construction goals while also creating beautiful functional spaces really paid off.”

For Community and Cultural, Mindworks: The Science of Thinking, an original design by Krueck Sexton Partners, won the inaugural People’s Choice Award. It is the world’s first lab and interactive museum dedicated to behavioral science and is now open and located in a completely redesigned space in the historic Railway Exchange Building, an architectural landmark at 224 S. Michigan Avenue.

Project Manager, CPD for FS, Krystal McDoom, managed the project and explained there was no blueprint to follow when designing the exhibits because the behavioral science museum is the first of its kind. There were three key elements of the project, design/build of exhibits, design/build architectural space, and design of the photo booth software and interface integration.

The American Institute of Architects (AIA) was founded in 1857 as the professional association for architects. AIA Chicago is the second largest AIA chapter in the country.  Alicia Berg, AICP, assistant vice president for campus planning + sustainability was appointed in 2019 to the national AIA Institute Honor Awards for Architecture Jury. That honor afforded Berg the opportunity to participate in selecting outstanding projects, firms, and individuals that contribute to the mission of AIA. Having once judged premier ground-breaking projects from peer institutions, Berg understands the level of expertise each project brings. She stated, “As a recipient of the distinguished AIA awards, we have much to celebrate at the University of Chicago.”

AIA Chicago President Drew Deering, AIA, said “Chicago’s architects are designing elegant, equitable, and sustainable places in our hometown and across the world.” Congratulations to UChicago on achieving these well-deserved awards.