As discussed in the Project Governance section, the Guide has established three tiers of projects with different organizational structures.  The key difference between the project tiers is that the Board of Trustees (BoT), through its Institutional Capacity Committee (ICC) and Financial Planning Committee (FPC), provides direct oversight of funding for all projects over $3 Million, and has the responsibility to issue design approval to projects greater than $15 Million in value.

Prior to the Trustee review of projects, the Capital Planning Committee (CPC) will review key issues and provide guidance to the project team in order to inform approval presentations to the Board of Trustees.  The charter of the CPC indicates that its membership includes the President, Provost, CFO, Vice President for Alumni Relations and Development, and the Vice President for Civic Engagement.

Based on established University protocols, the CPC has the responsibility to review all capital projects.  The Capital Planning Committee will be presented with a single large project for individual review, or a group of projects as part of the cyclical Fiscal Year (FY) approval process.  Taking into account the CPC’s guidance, the Provost presents the FY Capital A&R projects to the BoT (FPC) for approval.  Presentation of large projects to the BoT is the responsibility of the project’s executive sponsor.  The workflow and approvals for each project type exhibit significant differences in timing and funding levels:

After projects have been funded to the 100% level, the project-level authorities take on full responsibility for oversight of design and budget.  There are two distinctions between small and large projects after 100% funding is received:

For all projects, the approval process starts during the Project Initiation phase with the initial draft of the Owner’s Project Requirements (OPR).  In order to proceed beyond Feasibility, the OPR should be approved by the User Group and CPD.  The OPR is then updated and approved at each subsequent milestone throughout the project.

For more detail regarding specific procedures for approvals at each stage of the project, please refer to the Process Phases of the Guide. 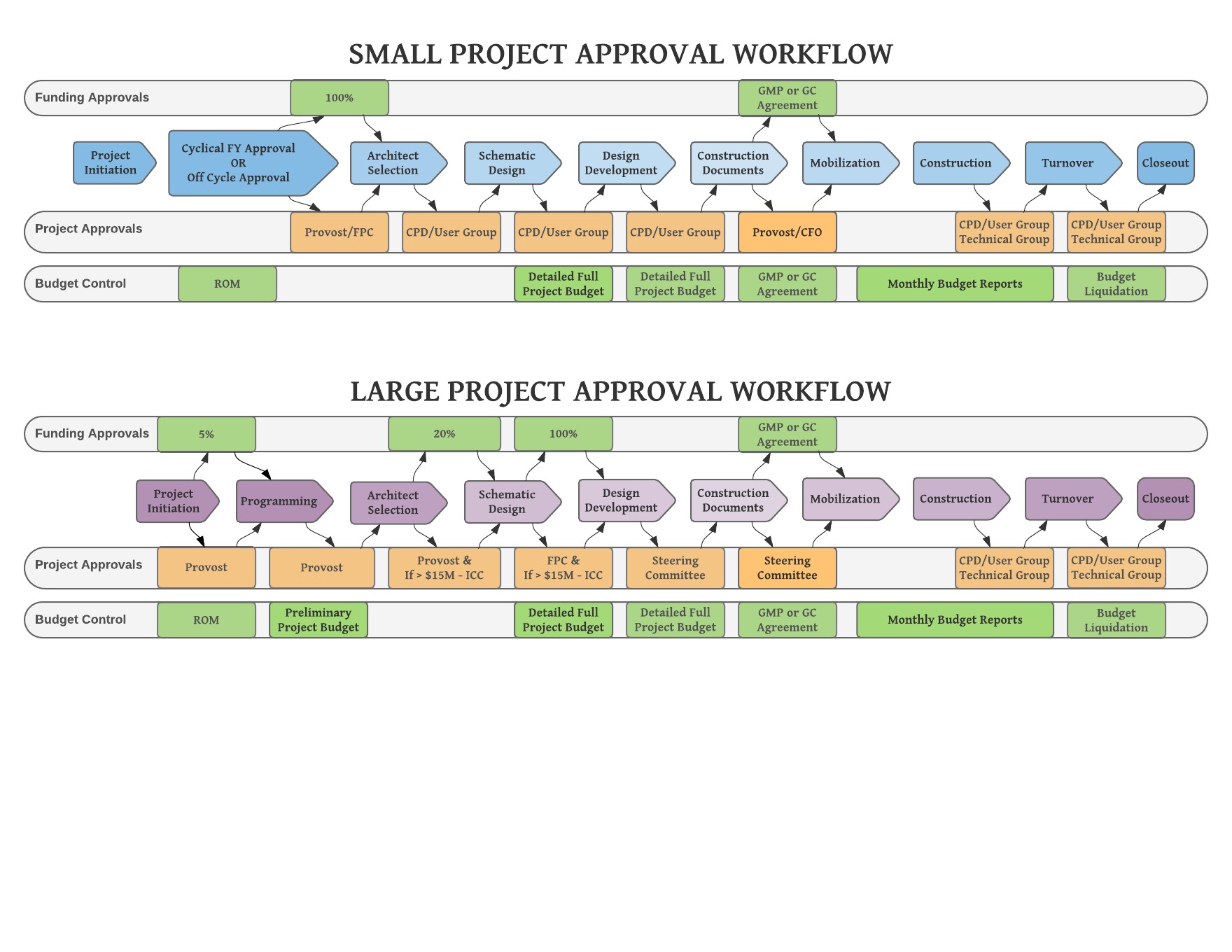