Summer in FS as an Intern

This summer, five young men were selected to participate in the program. The graduate seniors had the opportunity to get a taste of the work world before their college experiences begin this fall. Rayshawn Taylor who worked as a multi-trades intern stated, “My favorite part about working in the FS building was working in inventory. It gave me the feeling of being in a real workforce.” Being focused and paying attention to calculations were key for Taylor. He went on to say that this assignment helped him improve his organizational skills. 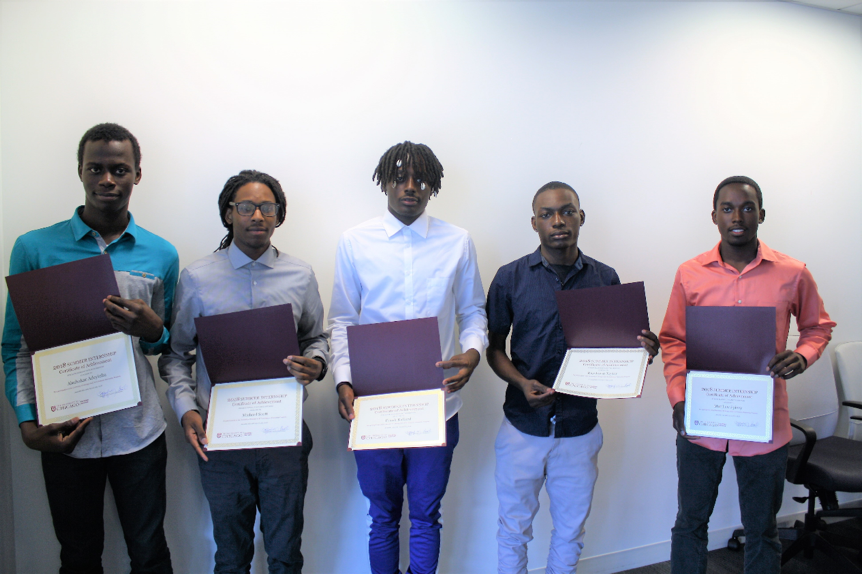 Matthew Spivey, the communications intern was always eager to lend a hand whether for Capital Project Delivery (CPD) or Finance and Business Services, he helped out in any way he could. Spivey created the flyer for Donut Day this past July. He will be attending Valparaiso University and plans to study engineering.

Additionally, FS had nine college interns this summer. Antawun Carter who is finishing up his second year at Harold Washington College, Mairead McGillian, who is in her third year at Illinois State University, Kenneth Stalling, who is in his third year at Earlham College and Alexis Stewart who will be starting graduate school at The University of Illinois at Urbana Champaign, are all returning interns. Stewart explained how given a second opportunity to intern in a different unit within FS taught her the importance of integrity as she persisted to make contributions to the department as a whole. She describes her internships as “an experience worth remembering.” 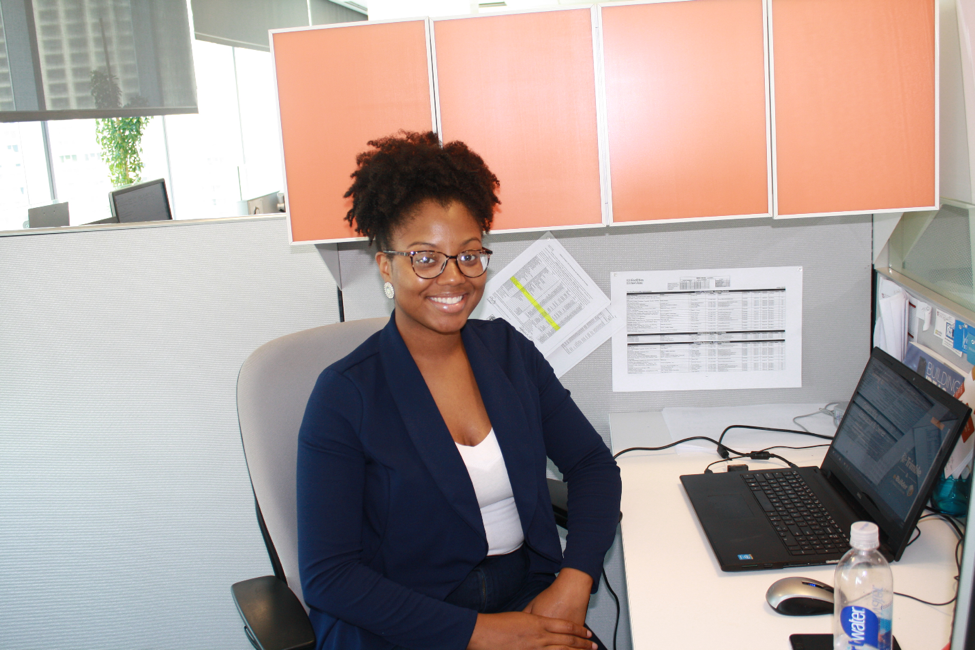 Henry Du will be in his second year of his Master’s program at Duke University this year and David Osma will be in his fourth year at Purdue University; for both, this is their first internship in the United States. They are working in Operations with Energy & Utilities. Not only did these interns enjoy learning about energy consumption and Green Buildings, but they also had a great appreciation for the Southeast view of the city that they indulged in from their workstations at Harper Court. When asked what he thought about the internship, Osma excitedly boasted that he loves it! So much in fact that with joy-filled eyes and a smile on his face that will brighten any room, he admits that he’s now considering a career in energy efficiency. 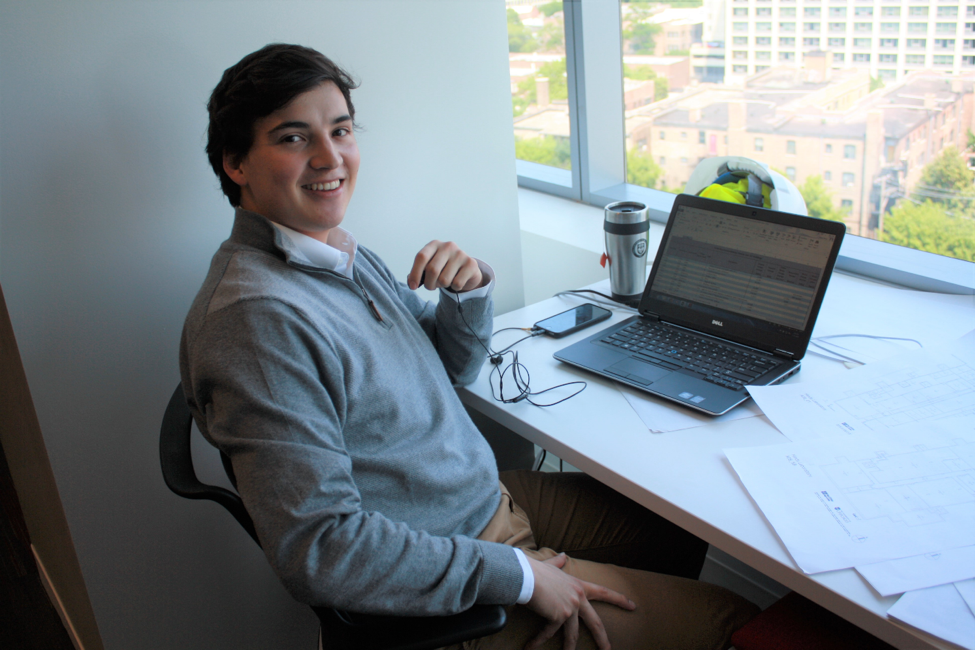 Kaream El-Adle, is The University of Chicago’s very own. As a second year student from Jersey City, he’s happy to have had the opportunity to explore the city. As a sustainability intern El-Adle collects data and observes how energy consumption is being used. He once went around the city and collected plastic to explore whether or not some plastics are more microwavable than others. He concluded that it depends on the density of the plastic. 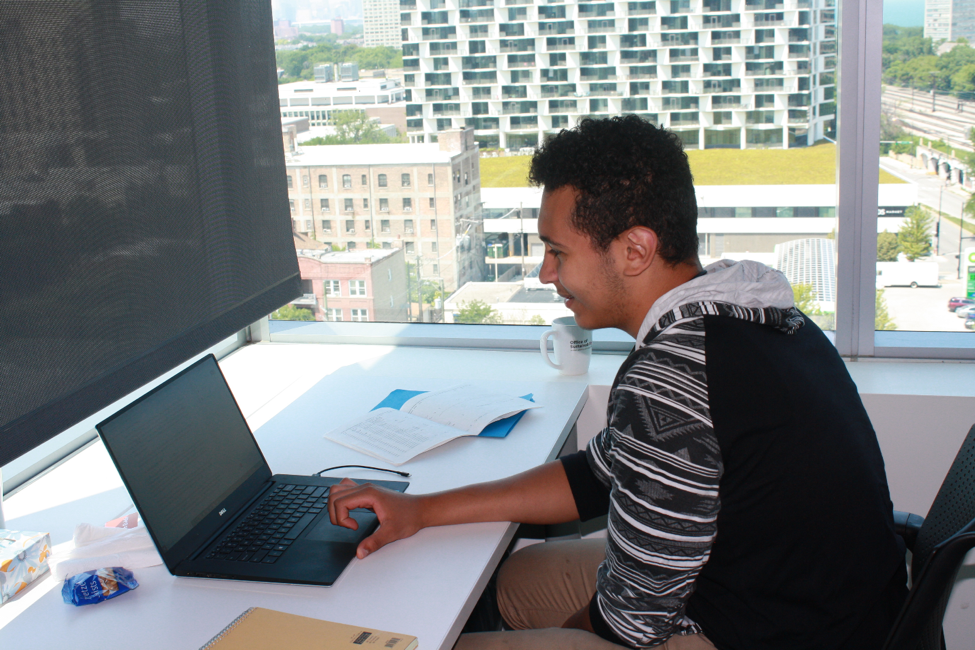 FS has had a diverse selection of interns from different walks of life and from all over the world. They all come together on a weekly basis for six weeks for a campus tour and a lunch and learn - a lecture series where a panel of FS staff share insightful career information and offer tips and advice to help propel the future leaders. During one of the lectures, panelists shared their experiences on moving away from home, being in an unfamiliar place and what it’s like to work and go to school full time. Obviously there are some sacrifices to be made and to that, one of the panelists, Sara Popenhagen, sustainability manager encouraged the interns by letting them know, “It’s a temporary situation that won’t last always.”

FS is confident that the hard work of the interns will undoubtedly pay off and render immeasurable rewards. We wait in anticipation to witness the great things these fine young people will accomplish.