In 2011, the University joined Retrofit Chicago and selected Regenstein Library as the demonstration building. Participating in Retrofit Chicago required establishing a baseline of energy usage and committing to achieving a 20% reduction in Weather Normalized Source Energy Use (EUI) by 2018. The University exceeded that goal one year early in 2017 through a series of energy projects that reduced the EUI by 22.6%. To view the University of Chicago building profile, click here.

According to D’Ambrosio, Regenstein Library served as a model and proof of concept for our current Greenhouse Gas Reduction (GHG) plan to complete retro-commissioning, implement energy conservation measures and lighting retrofits and controls upgrades at the top-38 buildings responsible for 80% of the University’s GHG emissions by 2025. This award is the result of a great and continuous effort from Kevin Rodgers, former campus energy manager and the Building Automation Systems team starting as early as 2011.

Formerly known as the Commercial Buildings Initiative, the Retrofit Chicago Energy Challenge launched in June 2012, with an initial 12 building participants that were exclusively office space and located in the Loop. Now there are 81 properties participating in the Challenge. These properties include residential, academic, and worship facilities and are located throughout the City of Chicago. Only 30 buildings (six higher education buildings) in Chicago have been recognized by Retrofit Chicago Energy Challenge since its inception. 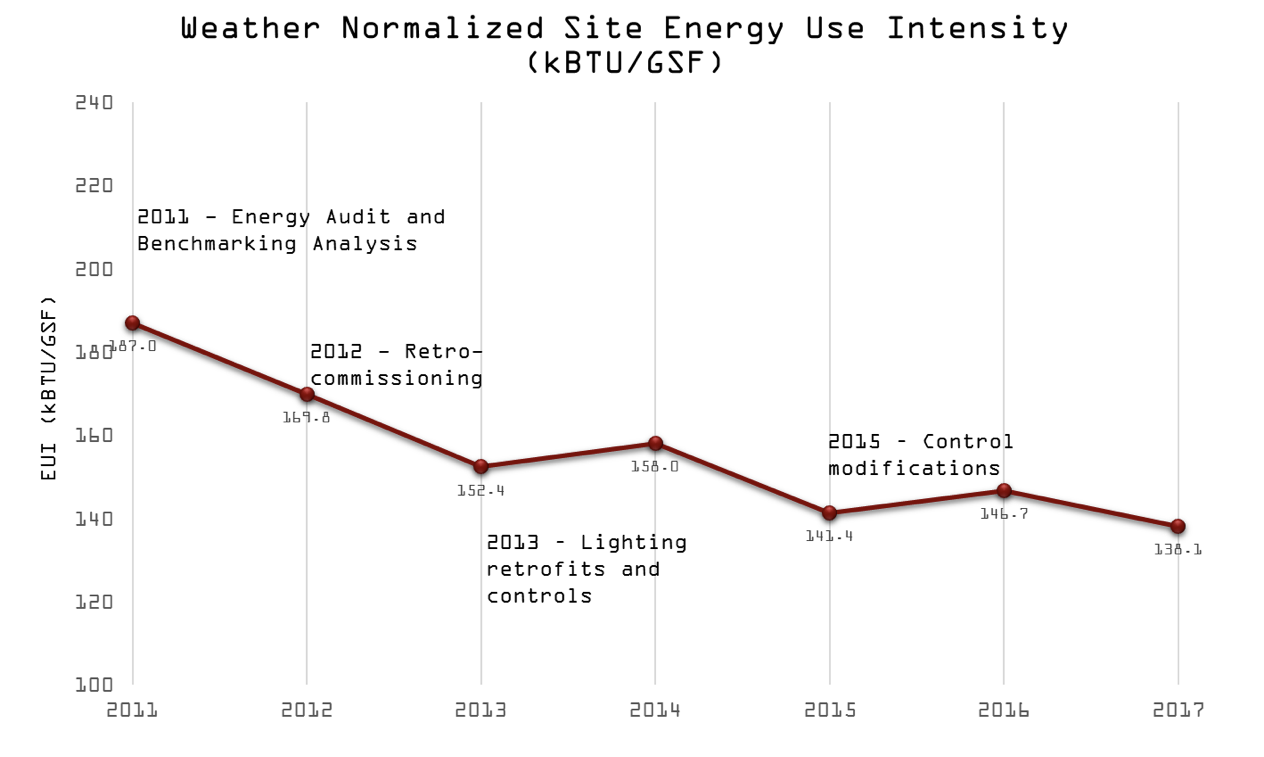 The energy reduction measures continue to have a positive impact on conservation efforts. D'Ambrosio noted, “Looking at the past 9 months, energy use shows another 5% reduction from the baseline levels.”

FS initiated a new energy management information system (EMIS) that enables our engineers to identify potential targets for energy reduction and chart progress towards our goals. There are a number of buildings that have already achieved significant energy reductions. FS is following this model in 17 other buildings which may also be nominated for the award as projects are completed and results confirmed.