Searle Chemistry Laboratory was originally constructed in 1968.  The building renovation project completed in 2009 achieved LEED Gold certification. Searle is an 86,000 square-foot facility primarily made up of research laboratories with some offices and conference spaces. The University of Chicago recently completed a detailed energy audit of the facility and implemented energy conservation measures (ECM) as part of our effort to reduce greenhouse gas emissions across campus.

Energy conservation measures were implemented in collaboration with several departments at the university, including the energy services team in Facilities Services, Physical Sciences Division, North Campus Engineers, and the Building Automation Shop. A total of eleven ECMs resulted in an estimated reduction of 921 metric tons of eCO2per year of greenhouse gas emissions, which is equivalent to eliminating the annual emissions from 106 typical US homes each year. The weather normalized building energy use intensity (EUI) has decreased by 24% from when the ECMs were first implemented. 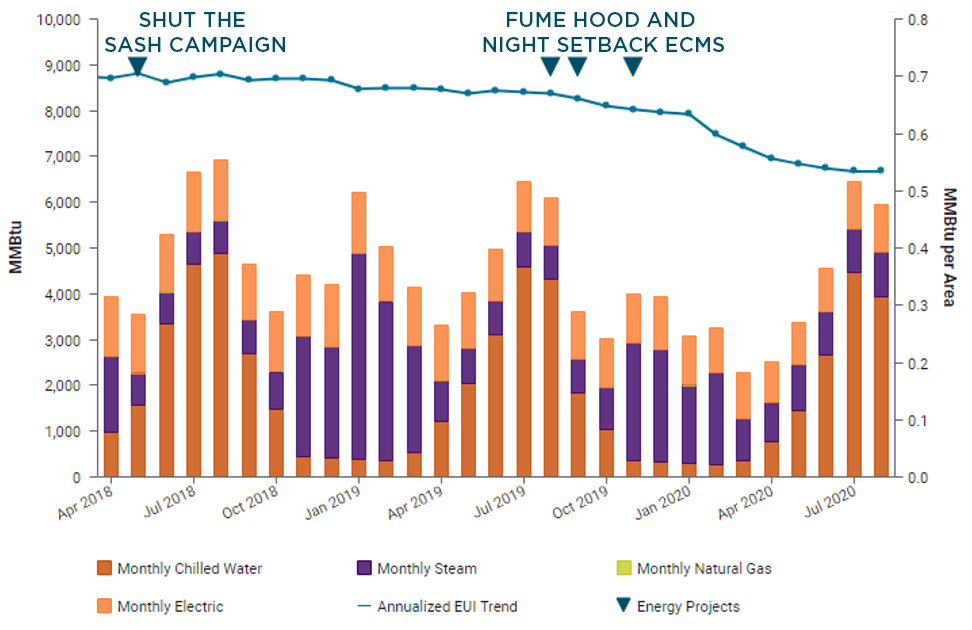 Implementation of energy conservation measures reduced the Searle Building’s EUI by 24% since the beginning of the project.

The most impactful ECMs reduced the amount of energy used by fume hoods. Fume hoods are one of the primary sources of energy consumption in a laboratory building because fresh conditioned air is continually exhausted through them. The amount of air being exhausted through a fume hood increases as the hood sash is raised higher. One of the ECMs that was implemented was a shut the sash behavioral campaign where operational data from the building automation system was used to identify hoods that had a higher than normal sash position over a period of time. The data was shared with building occupants to encourage them to shut the sash on fume hoods when they were not actively used. Other ECMs related to the fume hoods included a reduction of the fume hood face velocity and airflow settings in accordance with industry-standard safety guidelines. A third-party certifier performed ASHRAE 110 testing on each fume hood which included a face velocity test, an airflow visualization test, and a tracer gas containment test that used a mannequin connected to a gas detector to confirm that no chemicals are escaping from the hoods.  Additional ECMs reset air handling unit supply and space temperatures based on occupancy and outside air temperature and eliminated simultaneous heating and cooling. 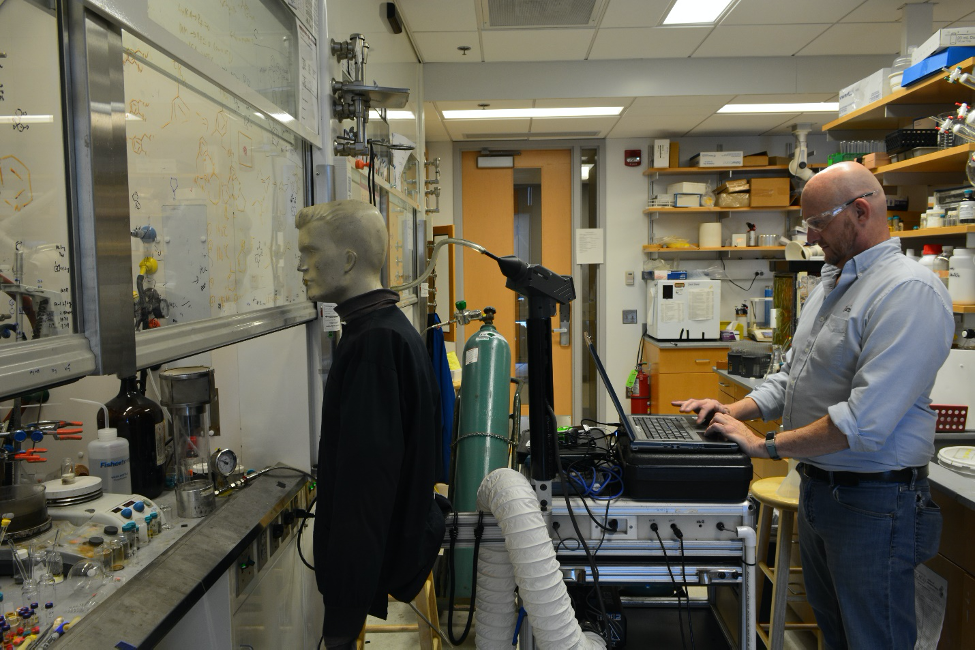 A third-party certifier performed ASHRAE 110 testing on each fume hood to confirm they are safely operating at the new settings.

The University of Chicago is a proud United States Environmental Protection Agency ENERGY STAR® Partner, collaborating with peer institutions to reduce higher education campus energy usage. The goal of this energy efficiency program is to: (1) reduce the impact on the environment as about 70 percent of University greenhouse gas emissions are from energy usage in campus buildings; (2) redirect funds currently going to utility providers back into the maintenance of our campus buildings; and (3) reduce the risk of disruption to our educational and research mission by locating and correcting issues before systems and components in our buildings fail. More than 200 energy efficiency measures have been completed in the University of Chicago campus buildings since 2009, and buildings will continue to be the primary target of our efforts to reduce greenhouse gas emissions.