Originally built by the Chicago Theological Seminary between 1923 and 1927, the historic Saieh Hall is located at 5757 South University Avenue. The University of Chicago purchased the property in 2008 and started the design on an adaptive reuse project to house instructional and research programs for the Kenneth C. Griffin Department of Economics and the Becker Friedman Institute. Renovation began in Fall 2012 and encompassed repairs and upgrades to the building envelope, heating, ventilation, air-conditioning (HVAC), and electrical and voice/data systems. Construction was completed in June 2014, preserving as much of the building's character as possible while making it accessible and useful for current academic purposes. The building achieved LEED Gold certification by the U.S. Green Building Council for Building Design & Construction and remains one of the University's most prominent buildings.

In order to preserve the building's historical and academic longevity, the University implemented a series of energy conservation measures (ECM) beginning July 2019 set to improve occupant comfort while reducing energy, operational, and maintenance costs. These ECMs were thoughtfully implemented with guidance from the project team, which spans several University departments including staff from the Division of the Social Sciences (SSD) as well as Facilities Services South Campus Engineers and Building Automation Shop. Thank you to Sherry Manick (SSD Director of Finance, Operations, and Personnel) and Brandon Osterman (Building Engineer) for sharing their extensive knowledge of the building, as well as to John Kalkirtz (Building Automation Engineer) for system programming support.

The fifteen ECMs implemented will reduce the University’s greenhouse gas emissions by 318 metric tons of eCO2 per year – equivalent to eliminating the annual emissions from 37 typical U.S. homes each year. The weather normalized building energy use intensity (EUI) has decreased by 20% from when the project started in July 2019. 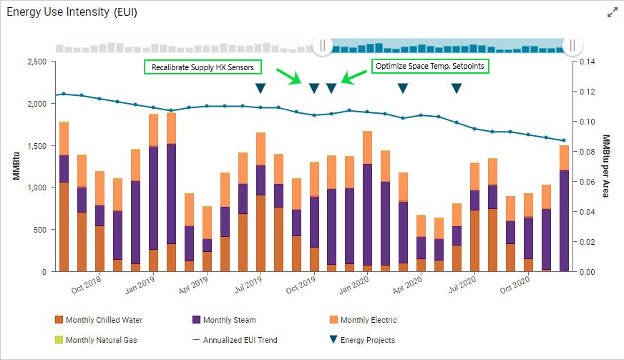 Figure 1: Energy Use Intensity (EUI) has decreased by 20% since the project first began

Among the most impactful energy conservation measures was the ability to isolate four chilled-water pumps. The pumps previously operated at constant speeds throughout the year and were initially intended to maintain consistent chilled-water flows and pressure. After an extensive trending review, the pumps were subsequently deemed unnecessary and were isolated from the system, yielding significant chilled-water and electric savings. In total, this measure alone is expected to reduce 47 metric tons of eCO2 over a year.  This is equivalent to eliminating the annual emissions of 10 passenger vehicles per year. Additional ECMs include building automation system optimization and energy recovery system improvements. 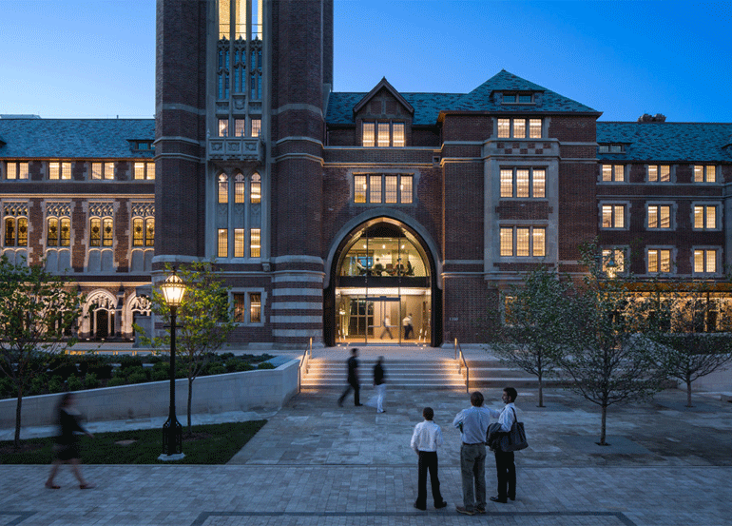 The University of Chicago is a proud United States Environmental Protection Agency ENERGY STAR® Partner, collaborating with peer institutions to reduce higher education campus energy usage. The goal of this energy efficiency program is to: (1) reduce the impact on the environment as about 70 percent of University greenhouse gas emissions are from energy usage in campus buildings; (2) redirect funds currently going to utility providers back into the maintenance of our campus buildings; and (3) reduce the risk of disruption to our educational and research mission by locating and correcting issues before systems and components in our buildings fail. More than 200 energy efficiency measures have been completed in the University of Chicago campus buildings since 2009, and buildings will continue to be the primary target of our efforts to reduce greenhouse gas emissions.